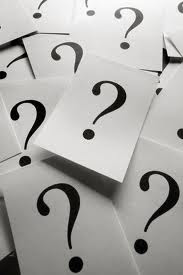 At the onset, I was planning to develop an Electronic Health Record System from scratch. I have been developing medical software for six years and there is one electronic health record system developed by myself that is practised by five general practitioners in Sri Lanka. I have been improving the system design depending on the feedback and I had only to develop cording in Java. When I presented my project proposal in front of my supervisor, they thought that is a project for the lifetime and advised me to customize or develop a module for OpenMRS instead of developing one by myself. I am comparing the methodology of adopting open-source software and developing one from scratch.


The chances that I can build the relevant solution without many compromises is more when I develop it. If I adopt another system, there may be some essential features that is missing and difficult to add on in the already available system whereas there may be several features that need not be there according to system analysis.

For example, when adding details of an encounter, the observations needed to be categorized to categories and subcategories. That feature was missing on OpenMRS. OpenMRS had a feature like Regimens, which was not a system requirement.


The choice of selecting what are the technologies I use can be decided by myself when I want to develop the software myself, whereas we have to adhere to the choices of someone else when we adopt open-source software.

OpenMRS uses Hibernate as the JPA implementation library and I prefer to use Eclipse Link which is more efficient. (1,2) Instead of JSP and Spring Framework which are used in OpenMRS and I would love to use JSF, the new front-end framework(3,4) from ORACLE itself.


What the programmer need to code to develop custom made software are limited and hence the resources. The codebase used in already available software generally have more code and hence use more resources.


The custom made software is developed in familiar technologies and well-practised methodologies. When adopting another one's code, there are new things to learn and will take some additional time to master the coding. In fact, many developers hate to go through someone else's code. When an error is found, debugging is difficult as the code is someone else creation, which is not familiar to the one who is adapting.


These days it is not that uncommon to find a ready-made software that meets most, if not all, the requirements of the system. In such a situation, it is a fair question to ask why does someone else has to redo the same again. They have addressed the issues like security and no need to waste human resources on building the same over and over again. If the available solution is an open-source, that will also allow adaptation of the system to match to very fine customization needed by the system requirements. If adaptation is done systematically after a good background analysis about all the possible solutions, there can be saving of a significant amount of money and time.


Already available open-source ready-made software can also be considered still as custom made. In fact, someone can make it a custom software.


Community effort of several volunteers with expertise in different fields like Java or MySQL. The quality of software developed by many can not even be compared with a custom made product by one or a few developers with a limited number of fields.


The person who is developing a new software may be having some concept that has the potential to modify the future of the industry. Such new concepts are not always applicable when adapting another product. If everyone get used to adapt something already exists, there will be slower development of the industry.

After considering the benefits and risks of each method, finally I decided to select adopting an open-source EHR rather than developing one of my own in developing a system as my MSc project. Up to now I have no regrets.
Posted by Buddhika Ariyaratne at 16:31
Email ThisBlogThis!Share to TwitterShare to FacebookShare to Pinterest

Buddhika Ariyaratne
Galle, Southern Province, Sri Lanka
I am a medical doctor who is interested in Information Technology. I was born on the 14th September 1975 in Galle, Sri Lanka. I completed my education up to the G. C. E. (O/L) at Mahinda College, Galle, Sri Lanka. I attended Royal College, Colombo 7, Sri Lanka for my G. C. E. (A/L). I was selected to the Faculty of Medicine, University of Ruhuna, Karapitiya from my first attempt from the advance level examination in 1994. I was from the 18th batch of the Faculty of Medicine. I completed my Final MBBS in 2002 with a 2nd lower class. I was ranked the 10th from the all island list initially and later ranked the 12th after inclusion of graduates from the Jaffna faculty.